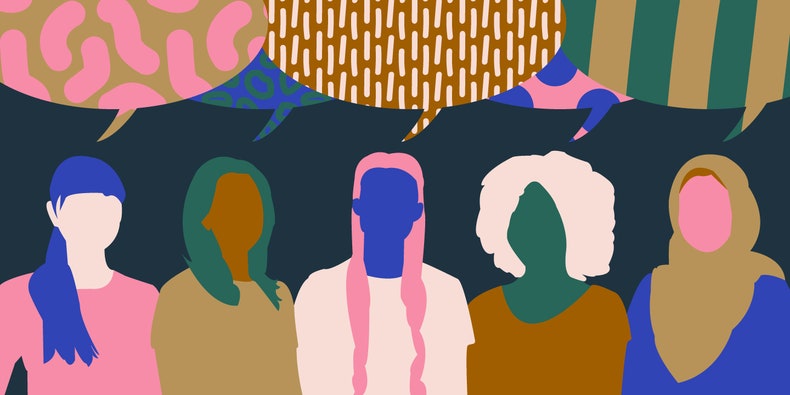 Feminism is a multi-dimensional word that has several different meanings to women and men all over the world. The official definition is:

The definition to a feminist is as followed:

To me it means you support women and by supporting women, you support and also respect women for what she (the individual) wants. Every woman is different and wants different things. So for you to be a feminist I feel you should accommodate every woman differently because we are not all the same.

To learn more about this issue, I highly sggest watching the show Explained on netflix. It discusees this issue and breaks down the numbers for you. Here’s a screen shot of what it looks like.

Being a feminist means I support other women no matter what it is. There are limits let’s not get crazy, but in the general sense, I’m here to support you and your dreams because we all need that helping hand. And with that women should never be put in a box or ever reach a “glass ceiling” in any work field because of her gender.

The working and independent woman may be here but that doesn’t discredit the same women who want to be swept off their feet from time to time.

I feel like there’s a HUGE misconception with feminism and chivalry. Like the feminist woman doesn’t want or enjoy being taken care because she doesn’t want to look weak or show affection, which isn’t true.

All people, want to be cherished and treated to the standards that they believe see fit to them. Nothing is “contradicting” about being a feminist and having the door opened for her. There is no correlation between feminism and chivalry. They are separate and the levels of interest are different per woman, so this goes back to my original point of being open to learning women.

I was in a relationship where the person made fun of my feminism by saying they don’t need to do “cute” things in the relationship becasue I am an “indpendent woman.” (I put that in quotation marks because thats how this person said it.)

To just reiterate one more time:

How do you feel about feminism? Are you a feminist?

What surprises me is that there are some women out there who dont support feminism and think it is ridiculous. I mean, to each their own, but I have to disagree. If you arent a feminist, why?

I hope this gave you some insights and to help you figure out if you’re a feminist or not.